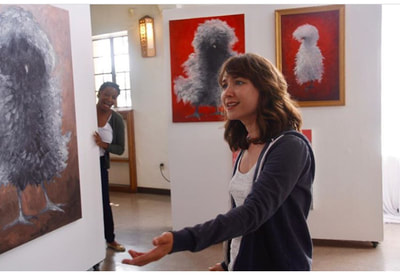 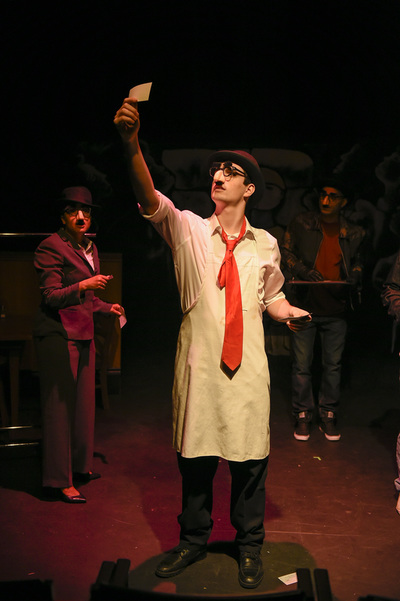 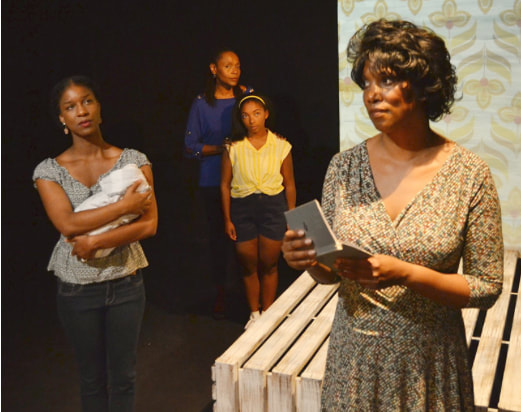 a hit dog will holler
2 females
full-length play
​A popular online political & social commentator is forced to examine her own legitimacy when agoraphobia prevents her from physically engaging in the very activism she boasts about on the internet. When a boots-on-the-ground community organizer invades her space, they must both deal with manifestations of fear arising from existing in America while Black. Is it just in their heads, or has racism come to their doorstep?
​
Developed with Humanitas Prize Play LA playwriting workshop, EST/LA

​
WELCOME TO MATTESON!
2 females, 2 males
full-length play
A suburban couple hosts a welcome-to-the-neighborhood dinner party for their new neighbors — a couple recently (forcibly) relocated from Chicago's roughest housing project — and it's anything but welcoming. A dark comedy about reverse gentrification and how we deal with the other when the other looks just like us.

​When 70s film character Carrie is your role model, your adolescence must really suck. Will Lanny grow into a well-adjusted adult who can forgive her mother's many faults? Or will she burn the whole town to the ground with telekinetic powers? A girl can dream, can't she? A play full of good music, bad memories, and the hope for a better Scott Baio. (Update: We may need to accept that Chachi is dead.)

Official Selection of the Paul Robeson Theatre Festival, Robey Theatre Company (Los Angeles)
​
THE BOY WHO CRIED DRAGON
4-5 females, 1-2 males (6 total)
one-act play for young audiences
The one time Travis needs people to believe one of his wild stories, might be the one time he’s actually telling the truth.